Other questions to consider:

Inline or Flow Through Type?

Inline or flow through type blasters such as wire mesh belt blasters, are typically more expensive, require a trained technical service person for maintenance, and create dependence on one unit if multiple machines are not purchased. Whereas batch type blasters are less expensive, easier to work on, and are great for lean manufacturing and batch cleaning. 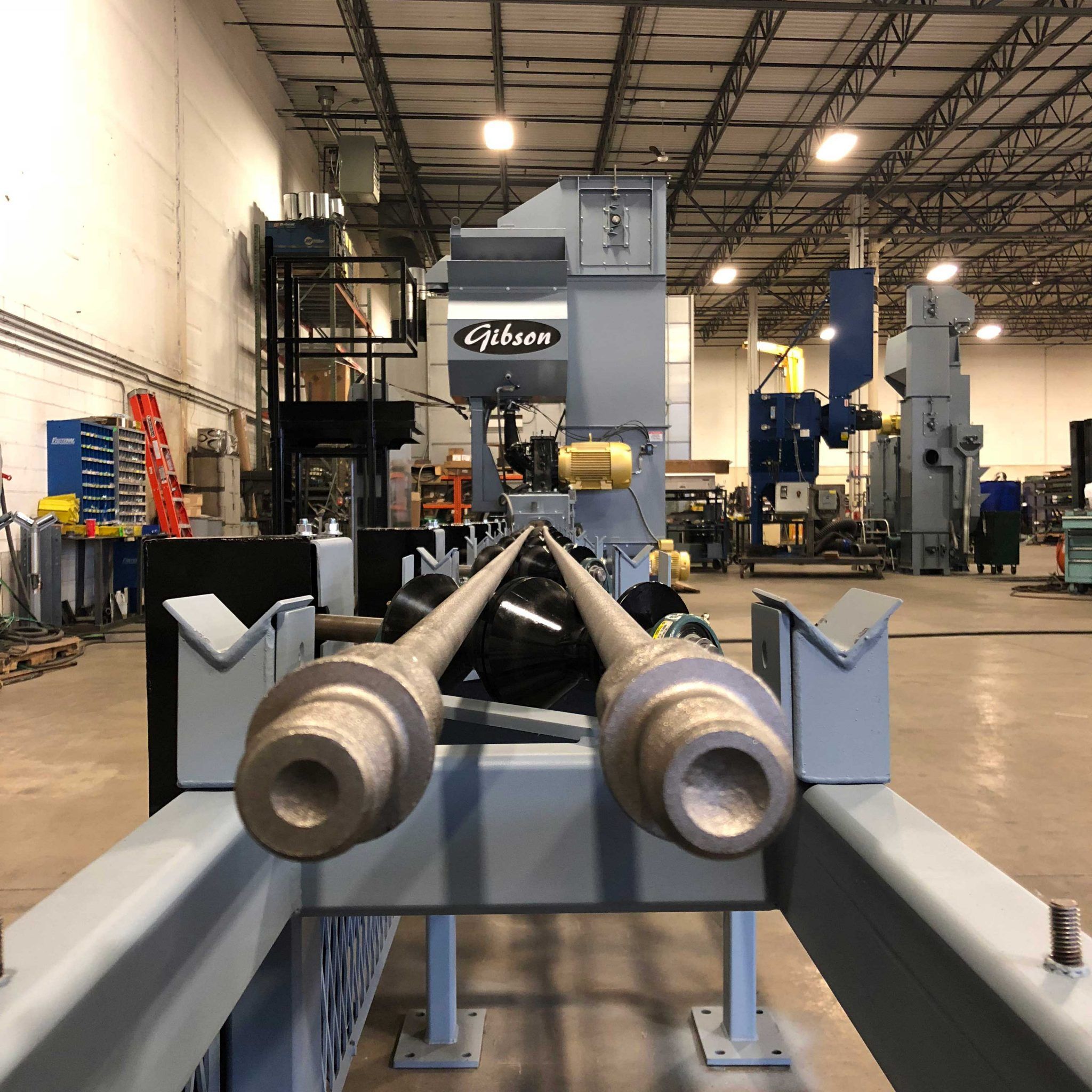 Questions that Gibson might ask when fitting you into the right flow through blaster:

Batch type blasters are an inexpensive way to get into blasting. They are great for lean manufacturing applications and are easy to work on once in the field. Gibson builds three main types of them, tumble blast, spinner hanger blast, and table blasters.

What is a Tumble Blaster?

It is similar to a rock tumbler or cement mixer except instead of being completely enclosed in a round barrel it has a rubber mill belt or conveyor that it continuously rolling in the shape of a J. Hence the name J belt. There are one or two blast wheels mounted on top throwing media down at the parts that are tumbling due to the upward movement.

The belts have holes in many sizes and patterns. Typically, they have cleats which create better tumbling action. The rubber mill conveyor belts come in standard and cross rigid materials. The reclamation system recovers the media using a bucket elevator recovery system that are sometimes assisted by an auger or two. They have an air wash separator to remove the fines and also many other options. 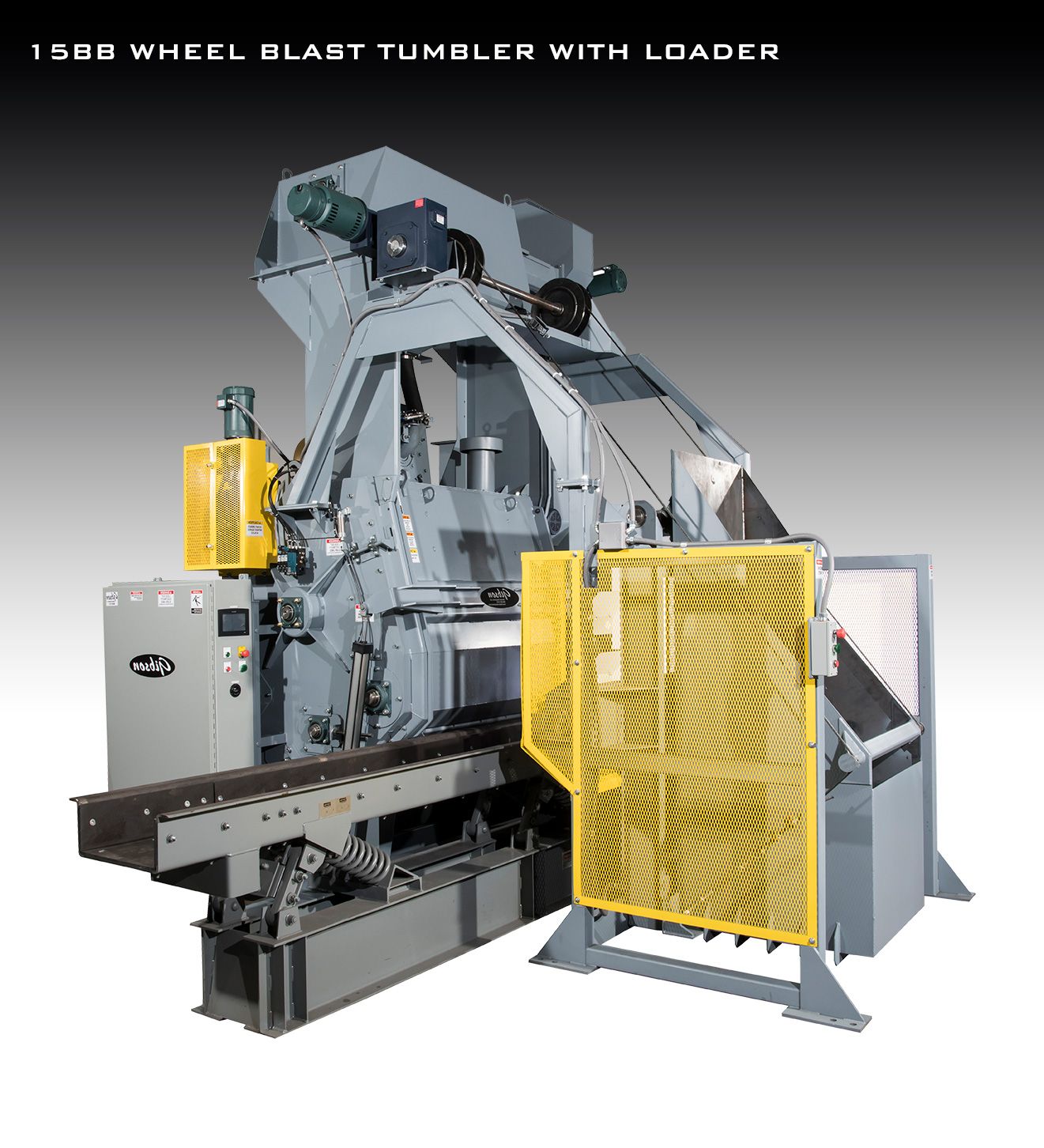 What is a Spinner Hanger?

A means of blasting parts while hanging them on a fixture or tree. The fixture with parts on it will rotate while being blasted with one or more blast wheels that are typically mounted on the back or side of the cabinet. Dual chamber spinner hangers allow you to add/remove parts while the other side is blasting making it “as efficient as possible”. They also allow the chamber to index during blasting.

Hangers allow you to buy oscillating blast wheels or some actually move the parts/fixture to different positions during the blast cycle. Single and Y-track monorails are offered as well as hanger table combo models. 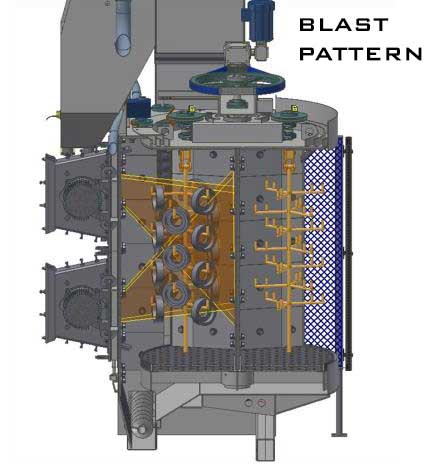 Specific Questions when deciding on what type of spinner hang that you need: 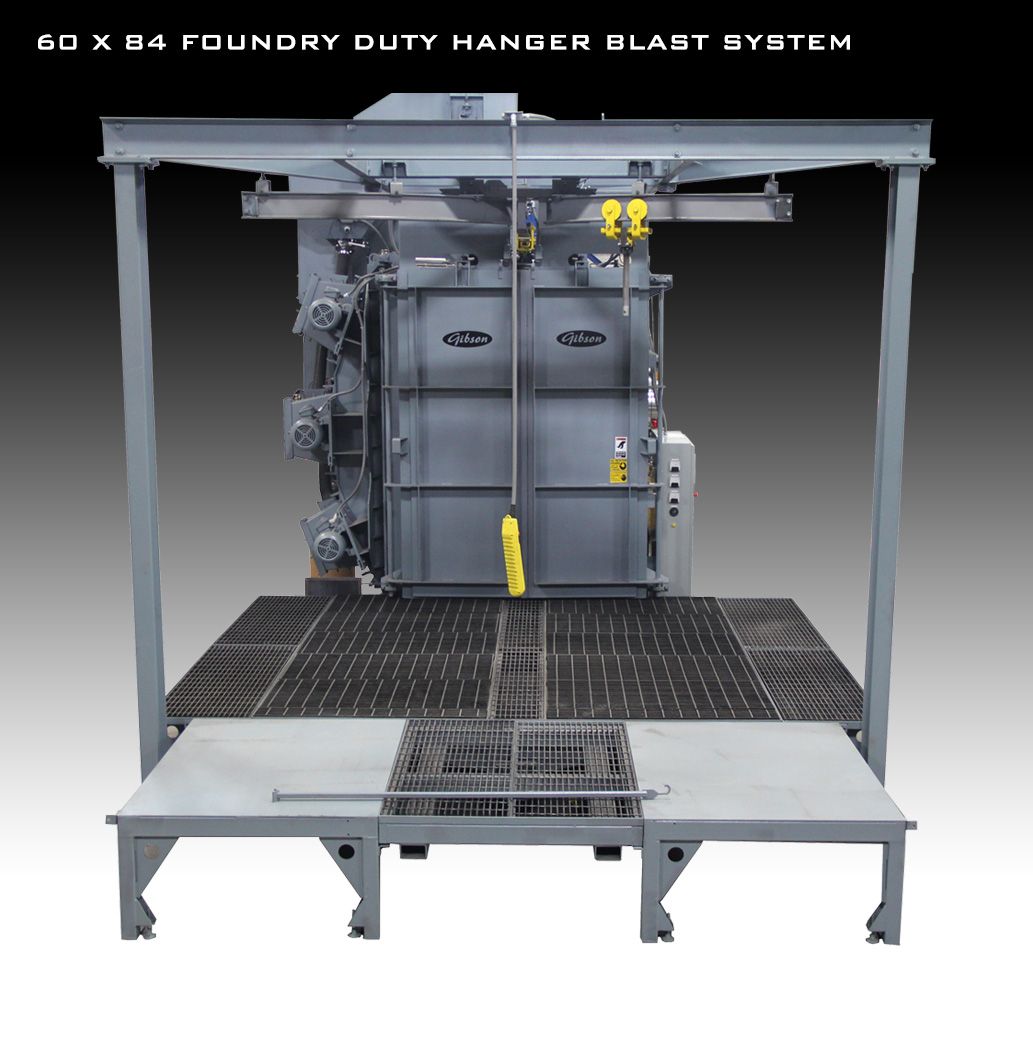 What is a Table Blaster?

It’s a blast cabinet with typically one or two blast wheels aimed at an odd shaped or heavy part that is laying on a round table. The table rotates like a microwave turntable typically in a CCW direction when standing on it looking down. The reclamation system recovers the media using a bucket elevator recovery system that are sometimes assisted by an auger or two. They have an air wash separator to remove the fines. 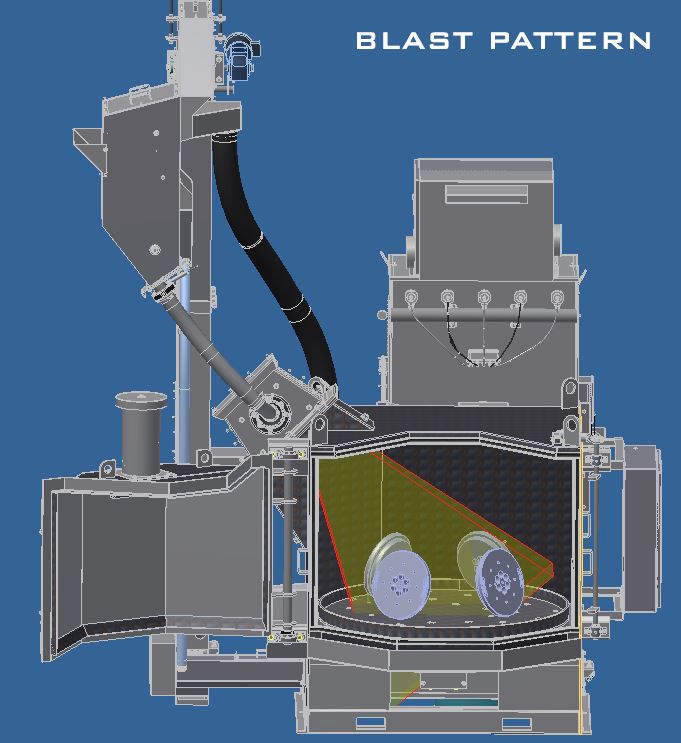